The 2022 class of quarterbacks was the weakest of the NFL has seen in more than two decades, but the position should bounce back strong in the 2023 NFL Draft.

Aside from quarterbacks, the early outlook on wide receivers and edge rushers is again very positive, led by Alabama pass rusher Will Anderson, who would have been the slam dunk no. 1 pick in the 2022 NFL Draft if he were eligible.

Trust me, I understand that a mock draft 365 days before the actual draft is very silly. But this exercise is less about accurately connecting players to teams and more about introducing 32 names to keep on the radar for the 2022 class.

Note: This draft order is based on the current Super Bowl odds so don’t yell at me for the order!

The most impressive quarterback prospect I saw last season was Stroud, who made substantial strides with each game as a redshirt freshman. There is no question he benefits from Ryan Day’s play-calling and the elite talent around him, but Stroud still needs to make the throws, and his understanding of anticipation and touch make you sit up in your seat.

The defending Heisman Trophy winner, Young is undersized and might not check every box by NFL standards. But his poise and processing are both well above average and will transition well at the next level.

With his power, quickness and instincts, Anderson is a rare prospect and a blocker’s worst nightmare. He would have been drafted no. 1 in the 2022 NFL Draft if he were eligible and will be the first non-quarterback drafted next April barring injury or anything off the field.

Ringo put impressive reps on film, including the pick-six of Bryce Young in the national championship that clinched the victory. Georgia had five defensive players drafted in the first round this past weekend and should have a few more in next year’s first round.

The top senior quarterback in next year’s class, Levis blossomed in his first season at Kentucky after transferring from Penn State. He is a good-sized athlete with a loose arm and the creative instincts to make plays. Despite losing Liam Coen as an offensive coordinator (hired as the offensive coordinator with the Rams), Kentucky went back to the McVay / Shanahan tree and hired former 49ers quarterback coach Rick Scangarello to run her offense, so the scheme and playbook should be similar.

As evaluators fired up the tape to check out Jordan Davis, Travon Walker and Devonte Wyatt on the Georgia defensive line, how many times do you think this phrase was uttered: “Wait, who is this No. 88? ” That would be Carter, who is entering his true junior season and was arguably the best player on the national champion’s defensive front last year.

After D’Eriq King went down with an injury last season, Van Dyke ignored the Hurricanes’ offense and put his name on the NFL radar. There are still a number of things NFL scouts want to see on film this upcoming season for him to be a first-rounder, but he has the potential to get there.

Ohio State had a pair of wide receivers drafted in the top 11 picks in the 2022 NFL Draft and could have another one next April. Smith-Njigba has only average size and might not run in the 4.3’s like either Garrett Wilson or Chris Olave, but he gets open and has an outstanding feel after the catch.

The former top high school recruit in the country, Bresee showed right away as a freshman why he was such a hyped recruit. He missed most of last season with a torn ACL, so his projection in the top 10 is based on him returning healthy. But based on talent, Bresee is one of the best defensive linemen in college football.

Notre Dame’s tight end-to-NFL pipeline has been unmatched over the past 20 years, and Mayer will continue that streak. He has the size, athleticism and strong pass-catching skills to be a quarterback’s best friend.

A potential first-rounder had he entered the 2022 NFL Draft, Smith was the vocal leader of Georgia’s national title team last season. He has big-time closing speed as a pass rusher and plays with the contact balance and block recognition to make plays vs. the run.

Based just on the 2020 film, Ricks was arguably the top cover man on the LSU defense (over Derek Stingley). He missed the second half of last season because of shoulder surgery and opted to transfer to Alabama, so he will be looking for a bounce-back season in 2022 that could land him in the top half of the round one next April.

Next year’s offensive tackle class doesn’t look particularly strong right now, and the “OT1” spot is wide open. The Buckeyes’ starting right guard in 2021, Johnson is expected to move out to tackle as a junior in 2022, and scouts will be watching him closely. 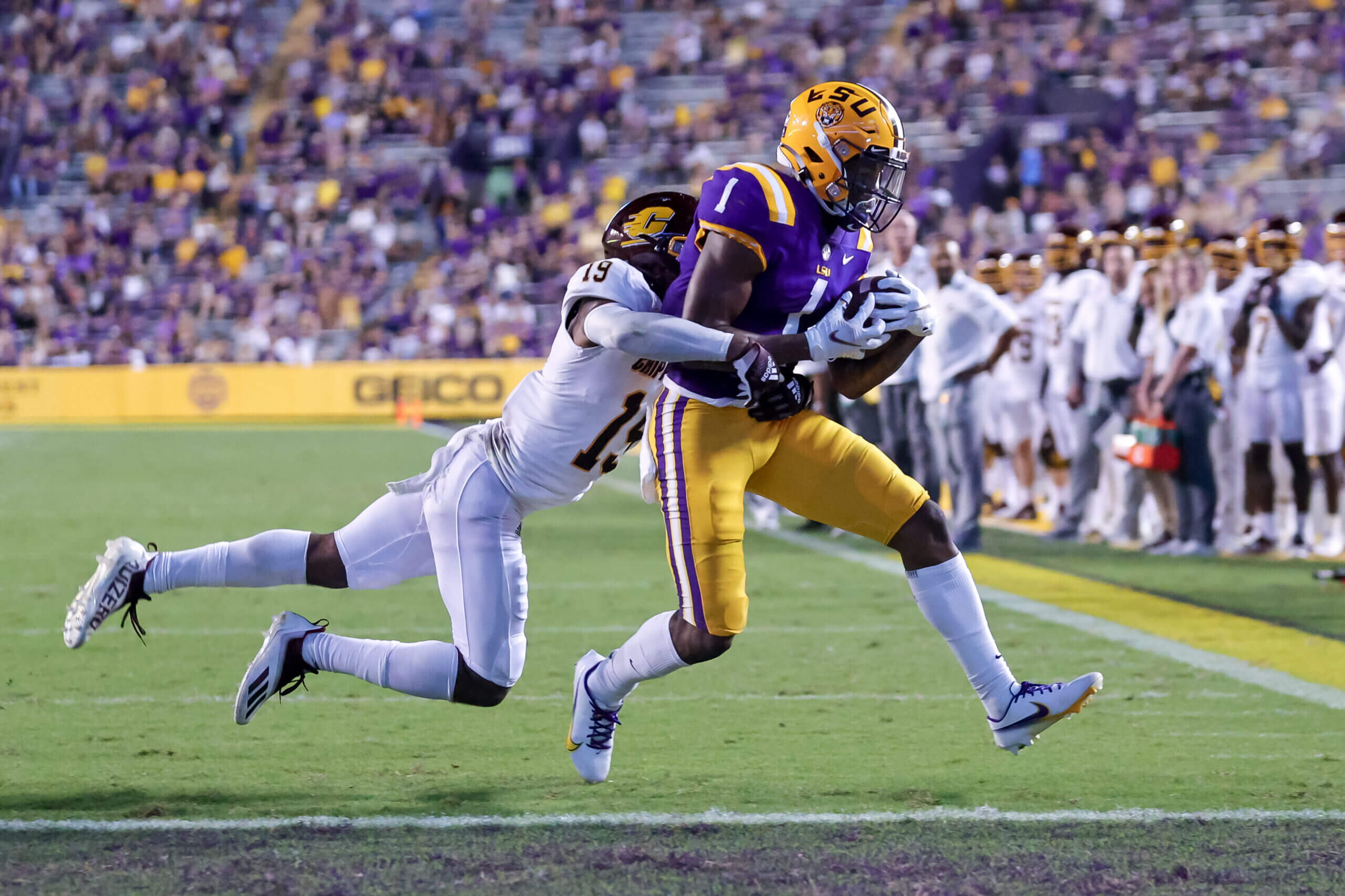 Maybe it is the No. 1 LSU jersey, but you can’t help but see shades of Ja’Marr Chase when watching Boutte, especially on catch-and-run plays. He needs to stay healthy in 2022 after missing the second half of last season, but his playmaking talent is undeniable.

The younger brother of Azeez Ojulari (and the better prospect, according to some), Ojulari is a tough athlete to block off the edge. He led the Tigers in sacks last season and could be one of the best players in the SEC in 2022 if he takes the next step in his development.

Based on last season, Harrison isn’t yet a first-round prospect because the tape wasn’t good enough. But with his near-36-inch arms and 4.5 speed at 6-6 and 265 pounds, he has first-round traits. And if he shows improvement as a pass rusher on the 2022 tape, NFL teams will happily draft him in the top 32.

Foskey likely would have been a Day 2 pick if he declared for the 2022 NFL Draft, but he has his sights on the 2023 first round. Playing a versatile edge role in Marcus Freeman’s scheme, he has the length to stab and soften the edge, relying both on power and range to be disruptive.

Northwestern produced a first-round offensive lineman last year with Rashawn Slater, and there is a good chance it does it again with Skoronski. Although he will probably kick inside at the next level, his mix of intelligence, technique and football character is off the charts.

The tape of last year’s Rose Bowl is a good example of why CJ Stroud and Jaxon Smith-Njigba are well-liked by NFL scouts. But the same could be said for Phillips, who gave up a few plays but whose cover talent, including an interception, was impressive vs. the Buckeyes. 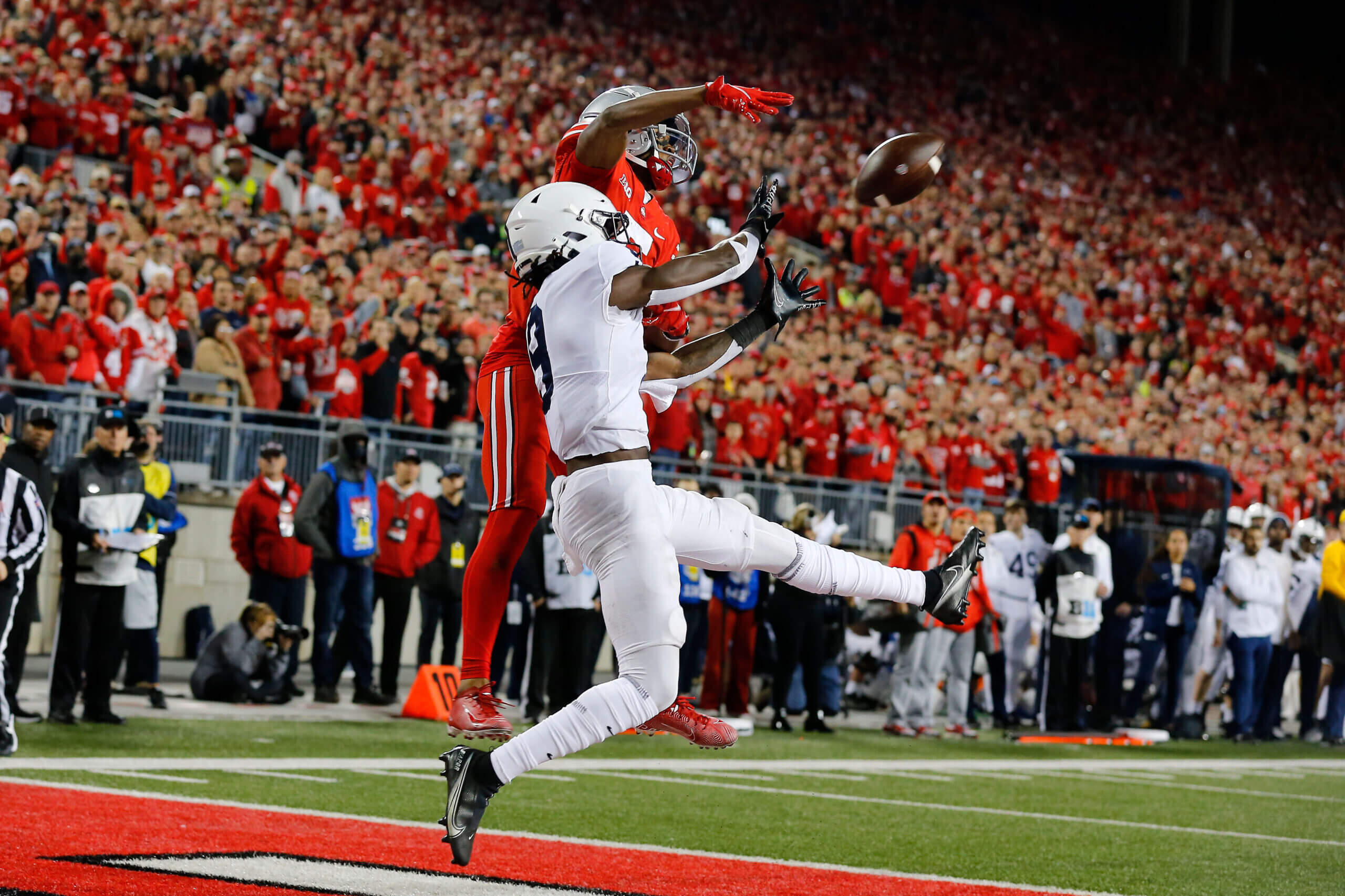 The son of former NFL pass rusher Joey Porter isn’t the most consistent cover man and has his share of missteps on tape, but he is a long, fluid athlete with the potential to be a future first-round pick with continued development.

A few weeks after helping Alabama defeat in the national championship game in January, Burton made a business decision and opted to leave Georgia and join the Tide as a transfer. With Alabama losing its top three receivers, Burton will have an opportunity to flourish this season.

An athletic big man, Pickens isn’t yet a finished product, but you don’t need to squint to see why NFL scouts are intrigued by his talent. South Carolina has a solid track record of producing defensive linemen, and Pickens is next up in the hopper.

The younger brother of Penei Sewell, Sewell is well-strapped together with the power, pursuit and recognition skills that will play well in the NFL. He led the Ducks in tackles last season (106) and is arguably the best off-ball linebacker in college football.

The fourth Georgia Bulldog prospect in this mock, Van Pran is the least known of the group, but that should change soon. After redshirting in 2020, he started all 15 games at center last season and put himself on the NFL radar.

The fifth and final quarterback to crack the first round of this mock, McKee has fans around the NFL. He is well-built and gets the ball out quickly and accurately. He will get himself into the first round if he continues to hone his decision-making. I also considered Boston College’s Phil Jurkovec here.

The Howell-to-Downs connection was a fun one last season thanks to the quarterback’s beautiful deep ball and the receiver’s go-get-it skills. What Downs lacks in size he more than makes up for with his playmaking ability. 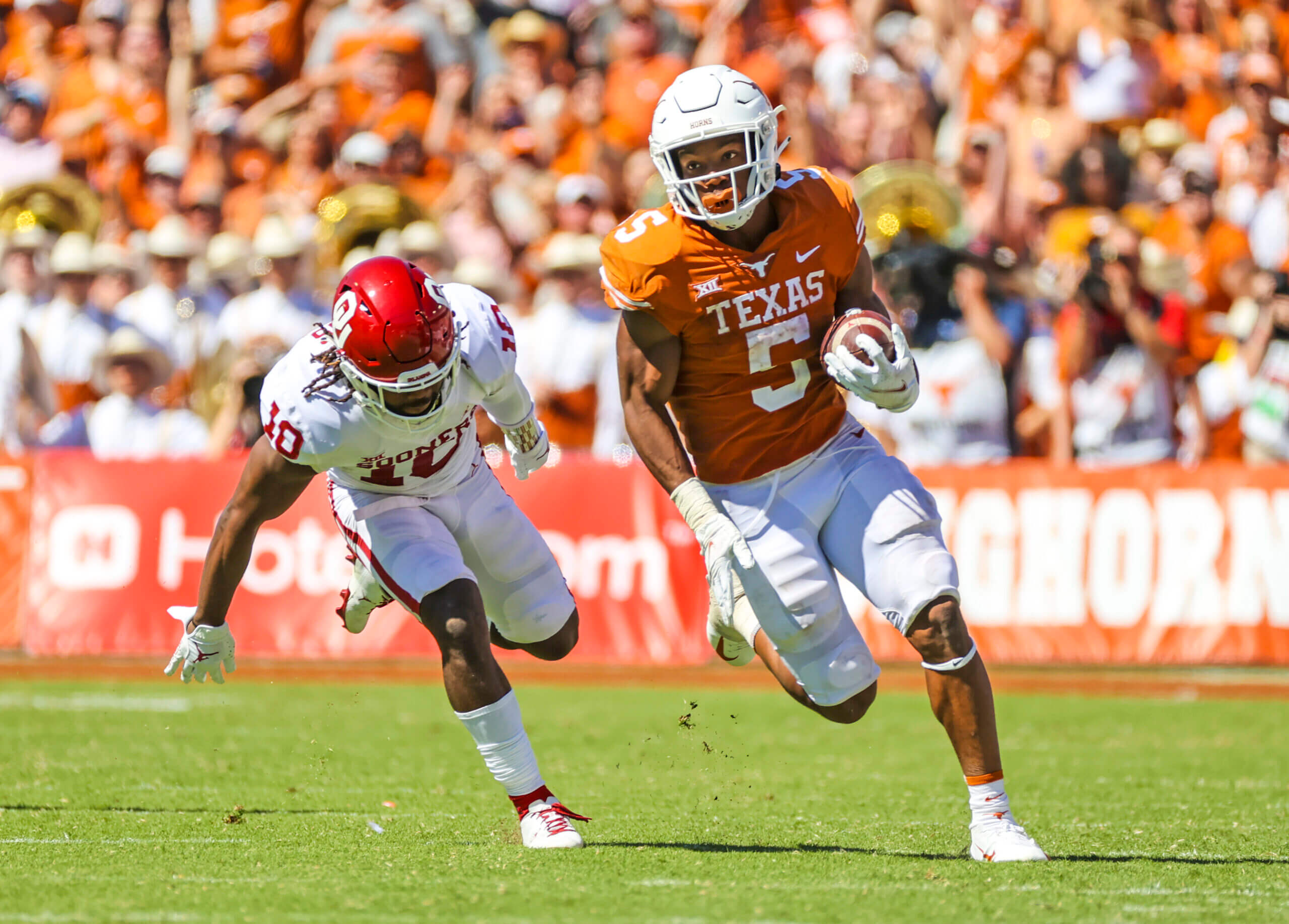 The lone running back to appear in this mock draft, Robinson is a special player with the ball in his hands. Not only does he run with power and balance, but his cutting skills and vision make him hard to tackle. The Big 12 had the first running back drafted in the 2022 class and could do the same next year.

Roy has yet to be a full-time starter for the Tigers, but he routinely flashed when on the field last season. Not only can he stand up blocks and stuff the run, but he shows disruptive qualities as a pass rusher as well.

After TCU was shut out of the 2022 NFL Draft, Johnston could get the Horned Frogs back in the first round next April. He is a big athlete with outstanding body control and adjustment skills to make plays on the football downfield.

Whether he is lined up outside or inside the offensive tackle, Murphy plays with the initial quickness and nose for football to be disruptive in the backfield. Clemson should have one of the best defensive lines in college football next season.

The only chance Catalon has of cracking the first round is if he cleans up his wild pursuit skills and missed tackles. He is also undersized, but he plays with the explosiveness, instincts and toughness that makes it feel like he is part of every play – similar to Antoine Winfield Jr.

Last year’s Biletnikoff Award winner as the nation’s top receiver, Addison benefited from Kenny Pickett’s jump in production. He is currently deciding on a potential transfer destination, but regardless of where he plays in 2022, the NFL will be interested in his talent.