A passion for the natural world drives many of our adventures. And when we’re not actually outside, we love delving into the discoveries about the places where we live and travel. Here are some of the best natural history links we’ve found this week.

The biggest myth about dogs: Golden retrievers are good with children, German shepherds shine as guard dogs, Labradors are sociable and easy to train. Most dog owners speak confidently about the traits of their pet’s breed.

But these are just stereotypes. It turns out that a dog’s breed has very little to do with its behavior. All dogs belong to the same species. They split from wolves about 10,000 years ago, which is not long enough for them to develop significant genetic diversity.

Researchers have gathered data on 18,000 dogs and sequenced the DNA of 2,100 of them. The dog’s breed accounted for less than 9% of the variation in behavior. It didn’t affect, for example, how aggressive a dog was. Age and sex were much more important markers of behavior.

The sounds of a black hole: Black holes exist across the galaxy, but they only register on our instruments when they engulf a star and create a burst of X-ray light. Astronomers know the precise locations of eight black holes, thanks to the X-ray “echoes” they emit.

In 2003, scientists discovered that the black hole at the center of the Perseus Galaxy sent out these waves, which they could translate into a musical note. It was 57 octaves below middle C and impossible for humans to hear.

Now, a new sonification has made these sound waves from black holes audible to the human ear. Scientists scaled the signals 57 octaves above their normal pitch. This means that we are hearing them at 288 quadrillion times higher than their original frequency.

A glimmer of hope for the vaquita: The vaquita porpoise, the world’s smallest marine mammal, is often the poster child for endangered animals. The 10 individuals remaining all live in Mexico’s Gulf of California. “The vaquita is not doomed by genetic factors,” explained ecologist Christopher Kyriazis. Their biggest threat is humans, specifically outlawed fishing.

The totoaba fish also lives in the Gulf of California. Although fishing for this species is illegal there, the fish is prized for its perceived medicinal properties. Illegal takes are frequent, and the vaquita becomes a bycatch in the gillnets. Unable to surface for air, these mammals die. Thus, the key to saving this species is more rigorous enforcement of fishing bans. With it, “the vaquita has a high chance of rebounding,” said biologist Jacqueline Robinson. 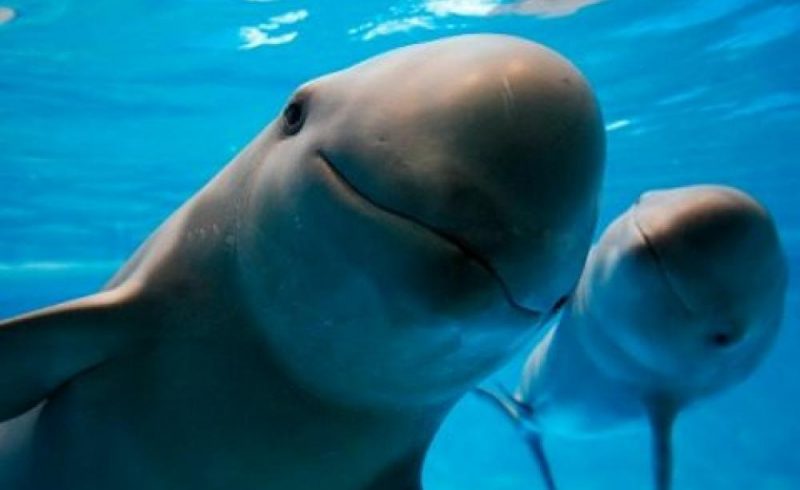 Hope for the vaquita. Photo: theecologist.org

Sunscreen damages coral reefs: It is well known that sunscreen can hurt coral reefs. Scientists have now discovered why. Sunscreen contains oxybenzone, the chemical that protects us against UV light. Light triggers sea anemones and mushroom coral to turn this chemical into a deadly toxin.

It is unclear what amount of oxybenzone is toxic to coral reefs. Algae flourish around coral reefs and can absorb the toxins, but how long will algae continue to be a part of reefs? As the sea temperatures rise, many stressed corals reject these toxin-absorbing plants. 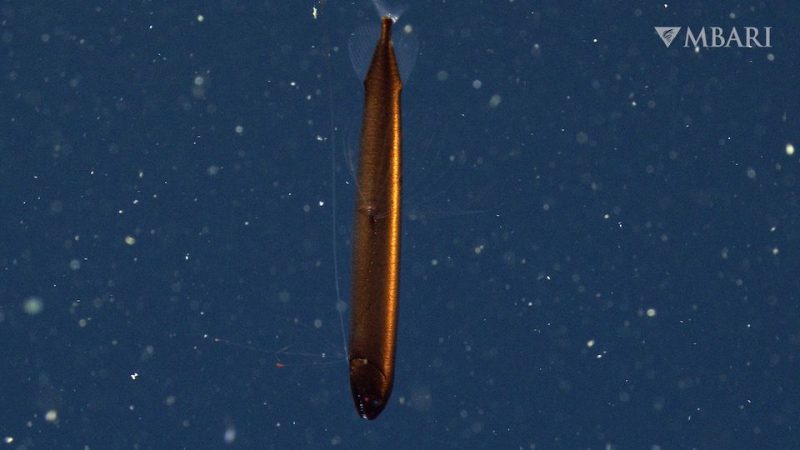 Elusive ‘dragon’ spotted in the depths: Marine biologists have spotted the highfin dragonfish in Monterey Bay, California. This rarest species of dragonfish has only been observed a few times. Not surprising: It lives in the deep sea, and the sighting occurred at a depth of 300m.

Though elusive, the fish stands out because of its metallic bronze coloring, which no other deep-sea organism possesses. Researchers believe that it is a form of camouflage. At those depths, its color absorbs any remnants of blue light and makes it almost invisible.

“But when we shine our white lights on it, it’s just gorgeous,” marine biologist Bruce Robison said.

The fish uses this invisibility to catch its prey. They float in the dark, waiting for smaller fish to swim nearby. They have a bioluminescent filament that extends from their chin like a fishing lure, to tempt their prey into striking range.